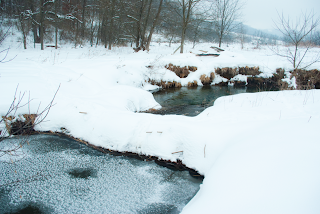 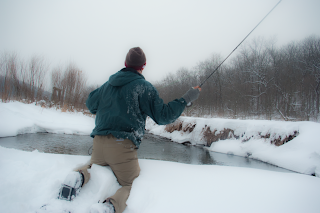 Listened to an interesting "On Point" with Tom Ashbrook. Was on my way to a stream yesterday rocking to some NPR jams. Worth a listen.

The snow was deep, fishing was slow. Scenery was great and was glad to have my snow shoes on.
Posted by John 2 comments: 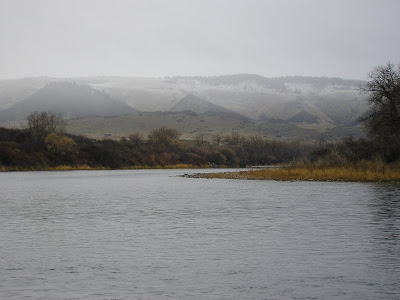 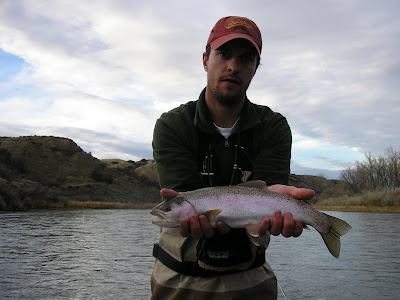 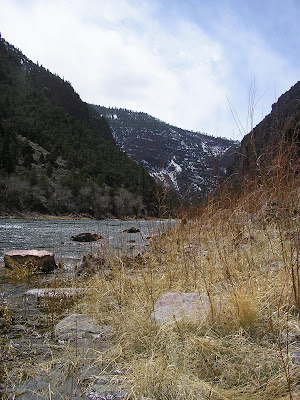 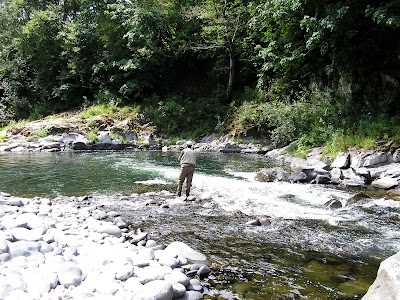 The Wilson, OR
Posted by Nate No comments:

There is a side channel of the Black River below our house. It only carries water during extremely high flow events, like the flood during this past September. During the moderate to low flow conditions that are typical on the Black, the side channel only receives water from downstream. If you think this seems a bit counter-intuitive, you are right. But you need to consider that immediately downstream of the channel is a big corner pool with a back eddy that pushes water up into the side channel. What this means is that the lower end of the side channel receives a lot of slow moving to stagnant water with low oxygen and a lot of sand. During the summer, there are sometimes gar rising back there in the shallows. Only a few fish species can tolerate low oxygen levels, gar being one of them. Northern Pike can also tolerate relatively low oxygen levels, but during the summer Pike are also looking to find bait fish, many of which are out in the back eddy, not up in the side channel. The other thing about this side channel is that without a major flood to periodically scour it out, it tends to fill up with sand. Why should you know all of this? Well, I got a hot tip from someone about the Pike fishing in the side channel during the winter following a flood. The last time (so and so) caught Pike from the side channel was the winter of 1993, following the Great Flood. That was the last time the side channel had been scoured out, until this year.

I’ve been drilling some holes through the ice, which is well over a foot thick now, all over the side channel looking for Pike. Water depths have ranged from 2’ to 5’. I think the depth is adequate, but I’m not convinced that the fish are back in there. I haven’t fished it particularly hard, only a few hours here and there, and with kids. But it has been a nice way to get outside and have some family fun. I need to get some live minnows. So far I’ve been jigging preserved minnows, which just aren’t the same as the real thing. After the Holiday’s I’m going to work hard in that side channel and find out if there are fish in it. After all, if I don’t find out, no one else will. There is nobody fishing back there. Any advice? 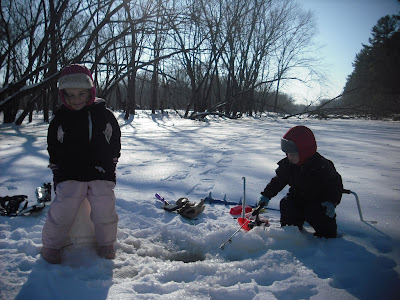 The kids are working it... Sam only dropped the Dora pole in once and the scoop in twice. He figured out pretty fast that it isn't a good idea to try to touch the water-cold. 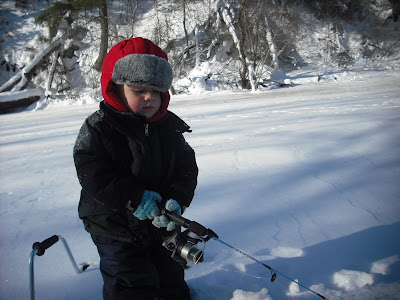 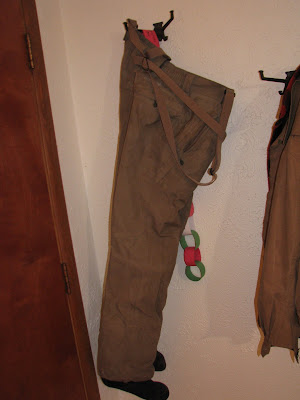 Before kids, and when we lived in Duluth, we used to frequent the Black Eyed Snakes shows. High energy, lots of noise, lots of sweat, and a ton of fun. We were at this show in 05 and I think you can hear AJ singing at the end. The video sounds like a mess, but it was cool to find it posted on the web. Tim from riverblends will remember this well as he got beat up by a he/she :)

Also at this show were the Moaners, two girls from Memphis (I think). The drummer could play guitar and drums at the same time.
Posted by Nate 1 comment: 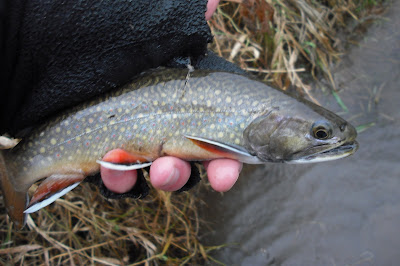 I closed out the 2011 trout season just before Thanksgiving. Iowa produced some nice bookies and a ton of spawned-out browns. I caught a couple of 12-14 inch fish that looked like snakes. Finished the season fishing a nice midge hatch, nothing special, but fun.
In other news, the Black is a steady stream of slush. Finally, I had the eager beaver out yesterday (my chainsaw). Took down an oak and a pine.
Posted by Nate No comments: 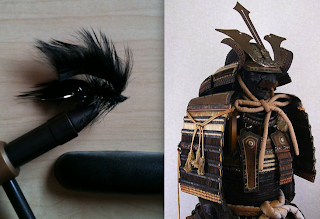 A winter ago Uncle Nate and I tied a few samurai streamers. It was spotted in a stealhead book and has been proven to be a deadly assassin.

"Not fishing for a while gives you a perspective on the sport that being in the thick of it never will. You remember things–good, solid, revealing things–that might otherwise have drifted on downstream and gone out of sight forever". –John Gierach "Death, Taxes, and Leaky Waders".
Posted by John 2 comments: