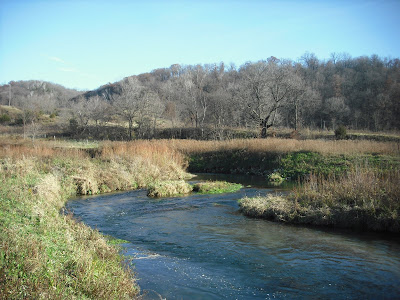 Since I moved down to the driftless area a few years ago, I’ve been struck by how common the act of trout fishing is here. I’m not sure if ‘common’ is the best word for it. But what I’m saying is that although the season’s change, the fishing doesn’t, at least not that much. For example, yesterday I fished a nice blue-winged olive hatch, something I haven't done in a while. I had a blast. At the same time, there were some pretty good sized brown trout spawning in the shallows. It was a pretty cool day. Yet I couldn't help feel that it wasn't all that different from fishing a month ago, and that it won't be much different in another month. The fishing is always good here.


Contrast this will the furry of fall steelheading. When the fish are only around for a short period of time, you better get fishing, or you’ll miss it. For me, that aspect of fall steelheading drove an impulse that I largely lack right now. There is no urgency to fish because I know that I’ll be able to experience pretty constant action on these streams regardless of season.

Yesterday I spent some time just sitting on the bank over a gravel bed watching a couple of midsized (~16 inch) brown trout spawning. I was thinking about all of this and I felt lucky to have access to a resource that is so seasonally consistent. Everyday flyfishing is what I’ve started to refer to it as. It’s just a part of life, something to be balanced with other activities and obligations. It’s a low-key affair, nothing to get too excited about, yet something to enjoy. I also thought about fall steelheading and how it isn’t just another part of life. For a couple of months, it is life.

It’s tempting to try to make things into what you want them to be. But it’s much easier to just enjoy something for what it is. When I lived up north, I spent most of the summer trying to find an ‘everyday fishing’ experience, only to learn that fly fishing up there is mostly seasonal. Sure, there were some hatches that brought fish out, but those were pretty rare. Now that I live here, in such a constant environment, I yearn for the excitement that comes with fall steelheading.

But it’s all good, for what it is. –And that is all this ramble is really about.

I've been adjusting to life on a relatively different Black River. The recent flood completely wiped out the sandbar on the opposite side of the river and there is no longer a good place to stand over there. The floods also wiped out the little island that I used to stand on to fish the back eddy. Now the sandbar just upstream from the house is 5-10 feet above the water.

I've been casting stinky streamers for gar. I mean stinky literally as I have been experimenting with Berkley's night crawler scent on my flies as well as a homemade batch of garlic puree. So far I've had one hook-up in the past three outings. I couldn't hold the fish and it wasn't big. Gar a difficult, I actually think they are feeding primarily on insects right now. -But who knows?
Posted by Nate No comments:

I just got back from a trip up north in search of Steelhead. Also just got a new internet connection, so I'm trying it out.
Sam came along and we camped together. We met up with Andrew S. and Tim P. who were also looking for some steelie love. 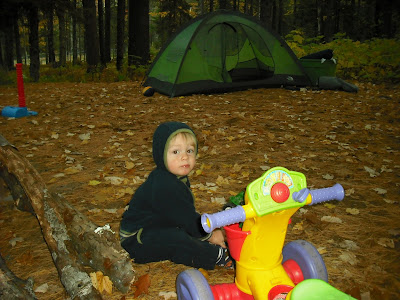 Sam enjoyed life around the campsite the most. 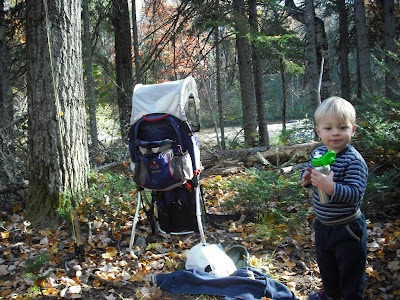 Nice scene along the river. 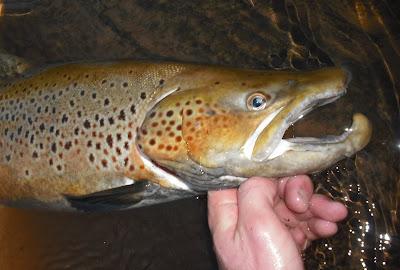 Didn't catch any steelhead, but managed a nice 26 inch brown. Don't even ask about the finger in the fish's gills. Its the ending of a long story, I'll try to post it later. Not proud of it. 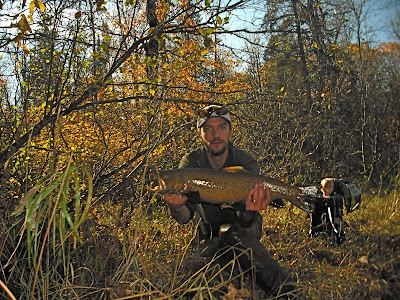 this pic turned out too dark, so I enhanced it.
later
Posted by Nate 2 comments: