I've been traveling a bit of late. After I got home from Santa Fe, I headed out to Acadia National Park for some work. We are working on the Shoodic Peninsula trying to help the park ameliorate negative impacts on the flow of animals into and out of the park due to a planned development. See Winter Harbor Holdings and the trail of newspaper articles here: http://en.wikipedia.org/wiki/Schoodic_Peninsula 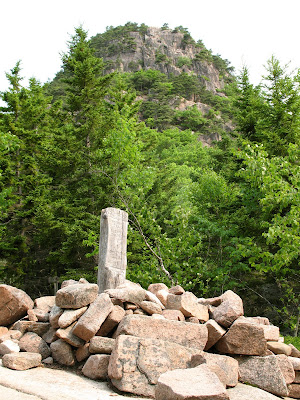 Hiked the somewhat famous beehive trial to the top of this small mtn. 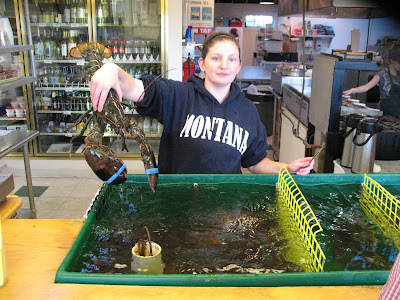 Ate some lobstah-that's right, you did detect an East Coast accent. 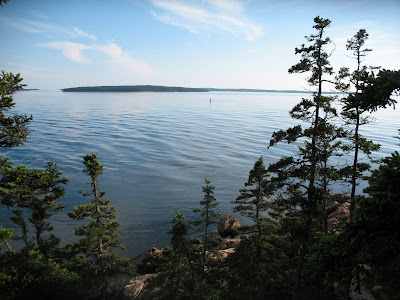 It feels like it's been raining every day since April. On the local streams where I fish smallies I need a good dry spell before the stream clears up and fishing is good. I may have been spoiled by last years mild summer. I hope July brings low clear water and hungry smallies.
Posted by John No comments:

practice casting the 10 footer with a gar fly

I fished for an hour or so on Sunday with a hook, worm, and sinker. I dragged the bottom while drifting in a circle around the back eddy below the house. I caught: 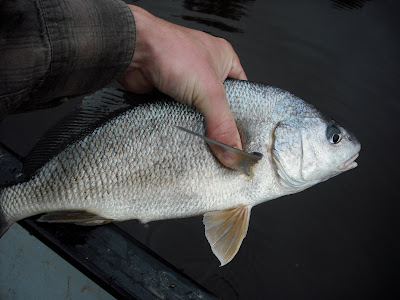 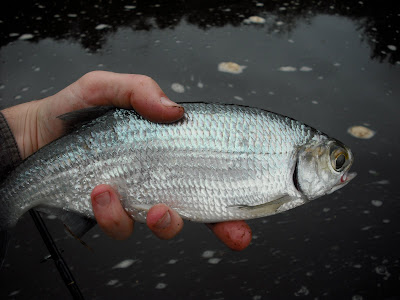 And two Catfish, one small (not pictured) and one bigger one (about 6 or 7 pounds). 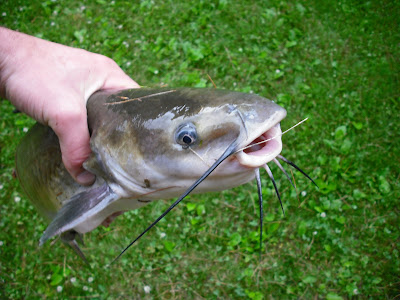 If I have to dead-drift something on the bottom of the river, it might as well be a night crawler.
Posted by Nate No comments:

When my plane landed in Albuquerque on Friday it was 102 degrees. I made a quick stop at Petroglyph National Monument and saw some really cool carvings. http://www.nps.gov/petr/index.htm 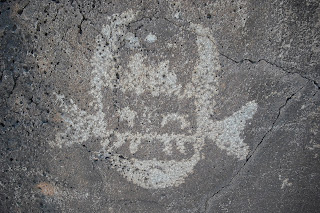 As I made my way up to the Jemez mountains I watched the temperature drop to 85. I set up camp in a National Forest campground and as the sun set, I fished for a couple of hours on the East Fork Jemez River. I spooked more fish than I caught, but manged to land a few small ones (10 inches). Where I fished it, the river was a series of plunge pools like the one shown below. On all sides of the river were steep rock walls and so to fish the river I needed to stay in the river and walk up. Which is why I spooked so many fish. 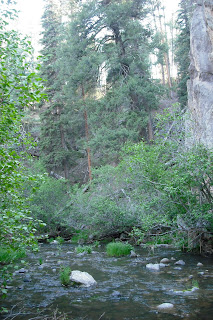 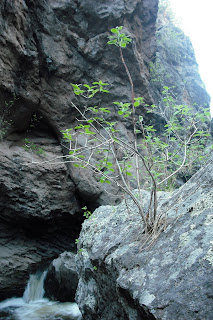 A plunge pool on the East Fork Jemez


On Saturday, I made my way over to Valles Caldera Preserve, registered, and took my designated place on the water. The fishing was interesting. I actually think it was more like golf than fishing. The water was small and the wind was up, which made casting difficult. But if I could get my fly on the water, I'd catch a fish about 6 or 7 times out of 10. I used foam beetles and hoppers and never needed to put on a nymph or streamer. All the fish were small, less than 10 inches, but really fat for 8 and 10 inch fish. I doubt that anything larger lived in this water, but I could be mistaken. I rate my experience at Valles Caldera very high. I went there so I wouldn't have to put up with a lot of people and that paid off as I drove past fishing parking lots outside of the park that were jam-packed. I saw some elk which is a big deal for someone as interested in ungulates as I. I caught a ton of fish on dry flies, practiced my casting, and did it all in a beatifull environment. 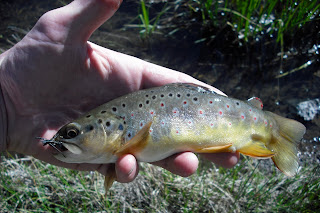 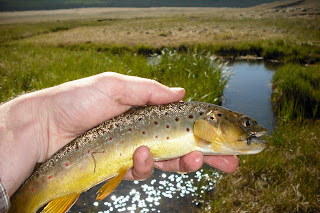 A brown with San Antonio Creek in the background. The stream is really narrow and difficult to place a fly. Challenging but very rewarding.
. 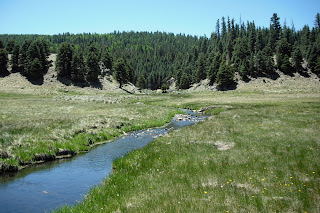 Another section of San Antonio Creek, this one a bit wider and easier to fish.
Posted by Nate 1 comment: 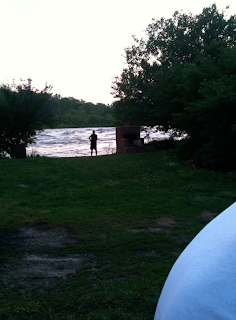 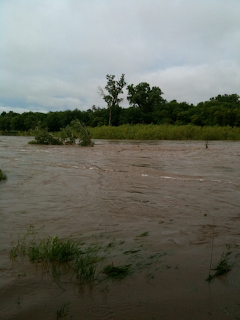 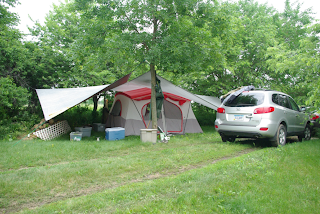 Each year in June I meet up with my brothers, dad, buddies and local river rats for a weekend of catfishing. This year we set a date and made the trip despite a forecast for high water. Wow, I didn't anticipate the river being this high. We managed to set lines in some flood waters, however, didn't hook into any cats. We spend a good portion of the weekend watching trees float down the river, pretty impressive. On Friday night our tent and tarp shelter, which we were proud of, was flattened in a mini-hurricane.
Posted by John No comments: 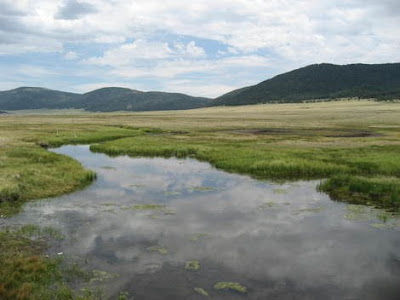 I'm off to Santa Fe for some work and fishing. With any luck I'll make it back without out any Cormac McCarthy like incidents-you know, being in the SW and all. I'll be camping in the Jemez Mountains http://en.wikipedia.org/wiki/Jemez_Mountains. I will be trout fishing for a couple of days among lava domes in Valles Caldera National Preserve http://www.vallescaldera.gov/ http://en.wikipedia.org/wiki/Valles_Caldera_National_Preserve -Note the several western films that were shot at Valles Caldera.
I'll be fishing on San Antonio Creek http://www.vallescaldera.gov/comevisit/fish/SanAntonio.aspx The preserve has very strict rules about fishing in the park, mainly to insure that you don't encounter a whole lot of people http://www.vallescaldera.gov/comevisit/fish/FishingTips.pdf. I'm fishing reach 1 on the far East of this map http://www.vallescaldera.gov/about/maps/static/fishing2009.pdf. Note the five domes just to the south of the river. Those are old lava domes. I can't wait. I have a box full of hoppers, ants, and beetles-which I've been told is all I'll need.
Posted by Nate No comments:

I finally purchased a new battery charger for my camera and retrieved this photo. Not a great photo. Nevertheless, it is in fact a gar, caught on a rope fly (shown with black and pearl flash). 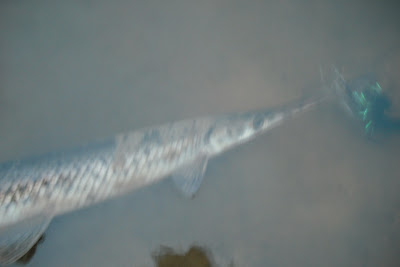